*Please note: This post may contain affiliate links. Please read my Affiliate Disclosure regarding these links.*

Why I Bought It

On January 14, 2020, Windows ended support of its Windows 7 operating system. That meant that any computers still using Windows 7 would be vulnerable to security issues after the final update issued on that date. So for people like me, who had never bothered to upgrade either of my Lenovo laptops to Windows 10 when the new operating system was first released, I had a decision to make. Either I was going to take a chance and try to update my 7-year-old work laptop, a Lenovo z570 IdeaPad, or I was going to buy a new computer with Windows 10 already installed. My employer at the time was not going to let me keep using Windows 7 while working for them.

I was leaning toward going the cheaper route by purchasing the new operating system and possibly buying more RAM so that I could expand my laptop’s memory as well. I really did not want to give up using my trusty machine that had seen me through grad school and then allowed me to earn an income from home. But since I spend so much of my life online, whether working, blogging, or learning, I became convinced that investing in a new computer made much more sense.

I had two Lenovo laptops already which had given me very little trouble in the time that I had owned them. As of me writing this post, they are still working, and I still use them from time to time. Essentially, I had come to rely on the Lenovo brand. So, I decided to go with Lenovo for my new machine. I bought the first two on Amazon.com but decided to get the new one directly from Lenovo.com.

Had I not been on a budget, I would have selected one of Lenovo’s impressive gaming laptops with a super fast processor, 17” display, and high resolution. Instead, I went with a laptop that was essentially the same as my current machine, but an updated version – a 2020 version. They’re both 15-inch IdeaPads with about the same amount of ports and physical features.

What I was looking for in a new laptop:

Let Me Tell You About It

The webcams on my older Lenovo laptops were their worst feature. They rarely worked with the installed software and the resolution was seriously lacking. I never used them, but used a wired USB 1080p HD Logitech camera instead. Lenovo has greatly improved its webcam offering with the L340. The resolution is not great at 720p HD but I would not be embarrassed by it in a Zoom meeting.

The L340 boots fast, and switching between browser and app windows is usually quick and effortless. However, after a few months of regularly using my new laptop, I disappointingly experienced a slow down in performance one day. At the time, I had two different browser and many tabs open. My entire system actually froze while I was working. I could not get anything to respond. I ended up having to force a reboot by pressing the power button for an extended time. I was in the middle of performing my job and lost time due to this issue. I was livid. This has only happened once, but I was hoping my new laptop would perform better in this area.

My Lenovo Z570 had a 2.5GHz processor, which is not a snail when it comes to processor speed. Technically, the L340’s processor is not as fast but it has 4 cores that kick in for an added boost when necessary. I wish there was a switch that I could flip when I need it. (I checked. There isn’t one.)

Extra features I did not need but I like:

CD/DVD Optical drive – I have one of these on each of my older Lenovo laptops but did not see it as a necessity on this one because I haven’t burned a CD or DVD in years. But I like having it anyway.

Privacy Webcam shutter – I use a small sticky note to cover the camera on my older laptops, but adding this feature is a really great idea whose time came a looooong time ago.

Flexibility – I can adjust the monitor and swing it open 180 degrees to where the entire laptop is flat…but OPEN. I don’t believe that I have a need for this feature. But it is an option on recent models that is designed to reduce tension on laptop hinges when tilting and adjusting the screen.

Where You Can Find It

Lenovo.com still carries the L340 model but not one with this combination of specifications and features.

Here’s What Some People Think

*Always read the reviews before buying any new computer!

At the time of the publication of this review, there were over 2300 ratings and reviews on Lenovo.com for the L340 IdeaPad. I have shared a few of the most helpful reviews below. Please note that Lenovo has multiple different sizes and versions of this model.

Here is What I Think

The Lenovo L340 is another dependable workhorse from Lenovo. I would definitely recommend it for school and work, and maybe even light gaming. The L340 generally does what I need it to do. I am able to perform my job, write, create, and take on my usual daily tasks without trouble. However, this laptop does not excite me the way a new piece of technology does normally. For the first few weeks of using it, I did not look forward to sitting down to work on it each day. I didn’t enjoy using this laptop until I connected a separate 22” monitor so that I would have a bigger display. I do not regret my purchase, but I was definitely hoping for more wow than I received. 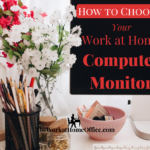 How to Choose a Work at Home Computer Monitor 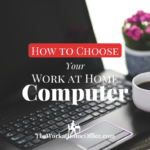 How to Choose Your Work at Home Computer 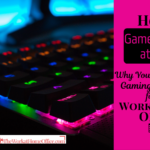 Quick Tip: How to Game for Work 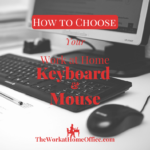 How to Choose Your Work at Home Computer Keyboard and Mouse 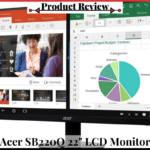 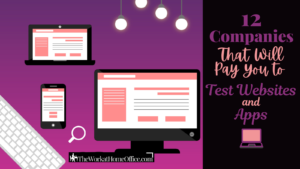 12 Companies that Will Pay You to Test Websites and ... 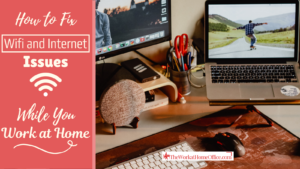 How to Fix WiFi and Internet Issues While You Work ... 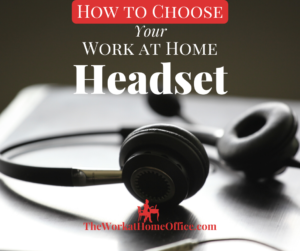 How to Choose a Work at Home Headset If you ... 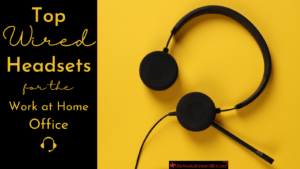 Top Wired Headsets for the Work at Home Office A ...

Top Wireless Headsets for the Work at Home Office In ... 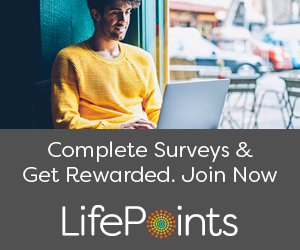 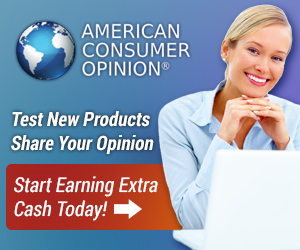